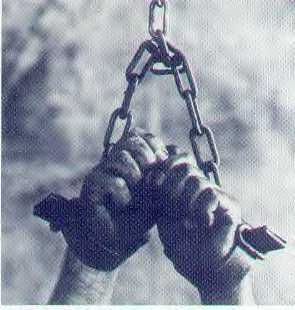 I reflected over the eagerness of man for that which was prohibited and I found that one’s eagerness increases in accordance to the strength of the prohibition. I then found that when Ādam (as) was prohibited from eating from the tree, he only desired it more despite that fact that there were many other trees that he could have eaten from.

There is a well known proverb: “Man is eager for what it was prohibited from and craves for what he has not attained.” (al Marʾ ḥarīṣun ʿalā mā muniʿa wa tawwāqun ʾilā mā lam yanal).

It has also been said: “If man was commanded to be hungry, he would remain patient. However, if he was prohibited from picking at dung he would desire to do it.”

It was also said: “We were not prohibited from something except for a reason and as it is said:

“The most beloved thing to man is that which it was prohibited from doing.”

When I searched for the cause of this I found two causes:

These reflections of Ibn al Jawzi remind me of the difficulties in upbringing children and how they seem to have a strong sense of curiosity for what they are told not to do. In many cases, if you keep bombarding them with do’s and dont’s they become more frustrated and this is why it is wise to be cautious of over emphasising prohibited matters to the young until they understand the nature and concept of ḥarām matters.

The Prophet (saw) said that: “Hell is surrounded by desires and Paradise by difficult matters that are hated.”

It is interesting to note that the nature of taklīf (legal responsibility) is built upon doing matters which the soul naturally finds distasteful and difficult, such as waking up early in the morning to pray, giving away one’s wealth in charity, abstaining away from food and drink during Ramaḍān etc. However, over time, when one becomes more aware of the inner dimensions of these acts of worship and the benefits behind them, they become dear to him. The Prophet (saw) described the prayer as the “coolness of his eyes” and he would find peace and serenity in his prayers that could not be found elsewhere.

One can only attain high ranks in both the dunyā and dīn when they learn how to resist their carnal desires and temptations as this is the essence of Jihād. The Prophet (saw) said: “The best Jihād is when a man strives against his-self and his desires.” (aṣ-ṣaḥīḥah: 1496).

This entry was posted on Sunday, January 8th, 2012 at 4:12 pm and posted in Fiqh/Usul, Heart Softeners. You can follow any responses to this entry through the RSS 2.0 feed.
« Dealing with Sadness and Depression.
10 Matters That Are Not Benefitted From. »

One response to “Desiring the Ḥarām.”